The Romance of Freelance

The job of freelance writer sounds pretty sexy, right? The vocational title alone generates an aura of apparent mystery and nonconformity, and it’s also an occupation that generates commotion amongst people who have never freelanced anything.

If you spout the line “I’m a freelance writer” within mixed company, you’ll easily pique interest. To your admission, you’ll hear things like “that sounds cool” or “that’s interesting” or “you must be exhausted from getting laid so much.” And why are these reactions usually so common? Well, two reasons:

1. Because the word “free” seems to genuinely excite people; and
2. Because these people have no clue what a freelance writer actually does. 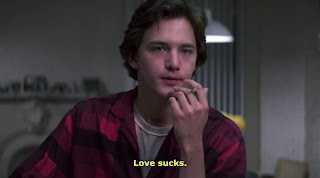 Novels and television shows and films involving Andrew McCarthy have convinced an entire non-writing population that all writers do is chain smoke, drink exotic liquors, wear wool sports coats, and publish details of their most intimate experiences. The aforementioned mediums have left out the less interesting and, coincidentally, most important aspects of an unstable profession. Boring annoyances like solicitation hours, unreturned phone calls, job availability, editors, research, deadlines, and lack of a living wage are usually swept aside in pursuit of a more satiable narrative. After all, if McCarthy is spending all his time writing query letters, how’s he supposed to bed Ally Sheedy and get plowed at St. Elmo’s Fire before reading his fascinating thoughts published in The Washington Post?

Well, due to this fictional representation of freelancing, people have been misled. As I’ve completed a variety of freelance assignments for businesses, magazines, newspapers, and Web sites over the past ten years, I’ve had to deal with their misconceptions. Even my father still thinks I yearn to be drunk and tapping typewriter keys in an isolated log cabin—just because I’m a writer. (A few years ago, he even bought me a wool sports coat with patches on the elbows.) Actual freelance assignments carry any combination of frustrations involving editors or phantom pay that can’t be solved by the bourbon benders or perpetual isolation that seem to personify the working writer. But, amidst these days of annoyance or minutes spent known derisively as “that writer guy” to some magazine editor who owes you fifty dollars for a thousand-word baseball story, there is gratification found in each assignment. And, if that gratification comes with compensation, even better.

Unfortunately, most of my earliest published work was void of pay and accompanied by aggravation. In high school, I published a review in my school newspaper about The Beatles’ Anthology I, but that beauty was hacked in favor of a story about a bigger band: Hootie & The Blowfish. After college, I wrote a piece about San Francisco’s Pac Bell Park for Barstool Sports, a Boston street rag that features a new busty co-ed on its front page every month. Unfortunately, that story was also altered. The paper’s editors cut my story’s main transition paragraph to make room for a Mohegan Sun Casino ad, thus making the piece completely incoherent. Then again, those editors probably figured dudes flipping through a subway newspaper full of half-naked Boston bartenders don’t care about how California garlic fries are made.

Thankfully, I do remember my first freelance check, handed over by Five Star Magazine for an article about the Boston Red Sox. After I exited Fleet Bank in downtown Boston on a gray October afternoon in 2003, I wondered what to do with the fifty bucks I earned for my work. Then, I spotted the Kinsale Pub across the street. After I walked in, I settled on a stool, grabbed a celebratory Guinness and inhaled a long slug. When I set the glass down, though, I don’t remember feeling very sexy. I didn’t feel mysterious or rebellious, and I didn’t find any women waiting to reward my new-found status of published and paid. But, I did feel an intense sensation of satisfaction, a feeling brought on more by the professional breakthrough than the meager payout.

Maybe this is the reason people romanticize the idea of freelancing. When you strip away the frustrations of free labor, incompetent editors, and Hootie-related humiliations, there is that floating, internal glow of accomplishment when you finally bust through. You pick up your employer’s publication, flip through its pages, and see your name in ink. You gaze at the flowing sentences that follow, then smile at the risky paragraph lead you slipped past editors. When you get to the end, you hold your work in front of your face, flash another grin, then tuck the pages into your canvas bag or coat pocket. Through my many freelance assignments, I’ve found the emotions attached to this experience to be the definition of satisfaction.

And, in one’s professional life, satisfaction is pretty sexy.
Posted by Michael Farrell at 12:21 PM No comments: